The HEAT Report is a weekly newsletter focused on how members of the House Energy Action Team (HEAT) are promoting America’s energy security and an energy economy at the top.

The Biden administration has finally decided to release its long-delayed Home Office report on federal oil and gas leasing and licensing practices, exceeding the summer deadline promised by the secretary to the Interior Deb Haaland. This report is nothing more than a battle plan for their continued assault on US energy dominance.

These so-called “reforms” to our country’s oil and gas leasing program would make it harder for energy companies to drill on federal lands and waters and, in turn, increase the already steep energy costs for them. consumers, because the price of oil therefore skyrockets. This would add to the burden that working families already face as they struggle to afford gasoline at the pump and the soaring costs of utility bills to heat and cool their homes this winter.

Limiting production while making it more expensive will only increase our dependence on foreign exporters like OPEC and Russia to produce our oil for us. President Biden has already begged OPEC to increase oil production while killing US energy jobs here at home, so he will surely again call on US opponents to pump more oil to save him from the consequences of these dire policies. .

On top of all this, Biden has made the political decision to tap the Strategic Reserve of Oil to counter his self-created energy crisis when he is expected to work with US energy producers to increase domestic production. The move – usually reserved for extreme emergencies – is not a long-term solution that will help families devastated by the failed policies of the Biden administration.

To bring America back to energy dominance, Biden would have to reverse his destructive decisions to roll back and shut down pipelines in America, shut off federal lands and waters to oil and gas development and production, and delay authorization of energy infrastructure projects.

Highlights from this week’s HEAT members:

In a markup from the Chamber’s oversight and reform committee, Representative Fred Keller (R-Pa.) Free an amendment to the Democrats of Congress Federal agency PREP climate law promote the production and use of energy of American origin, which is significantly cleaner than energy of foreign origin.

Energy and Trade Sub-Committee on Environment and Climate Change Ranking Member David McKinley, PE (RW. Va.) was talking with the United States Chamber of Commerce at its EnergyInnovates event on methane emissions and highlighted the crippling effect the Congressional Democrats’ natural gas tax would have on families. 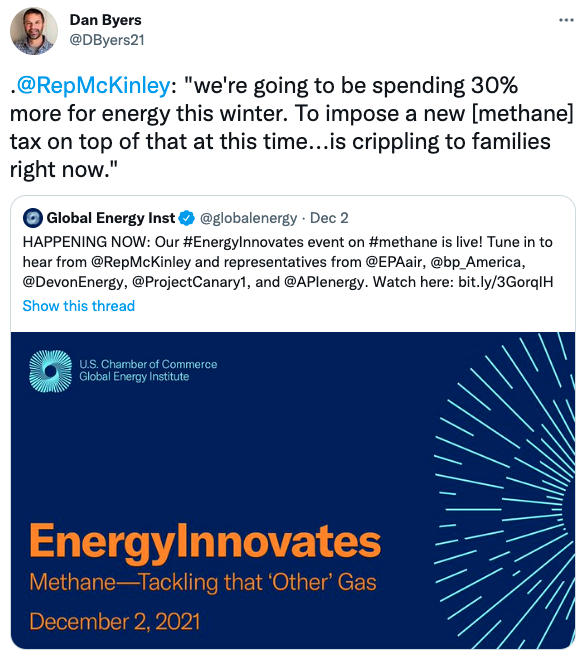 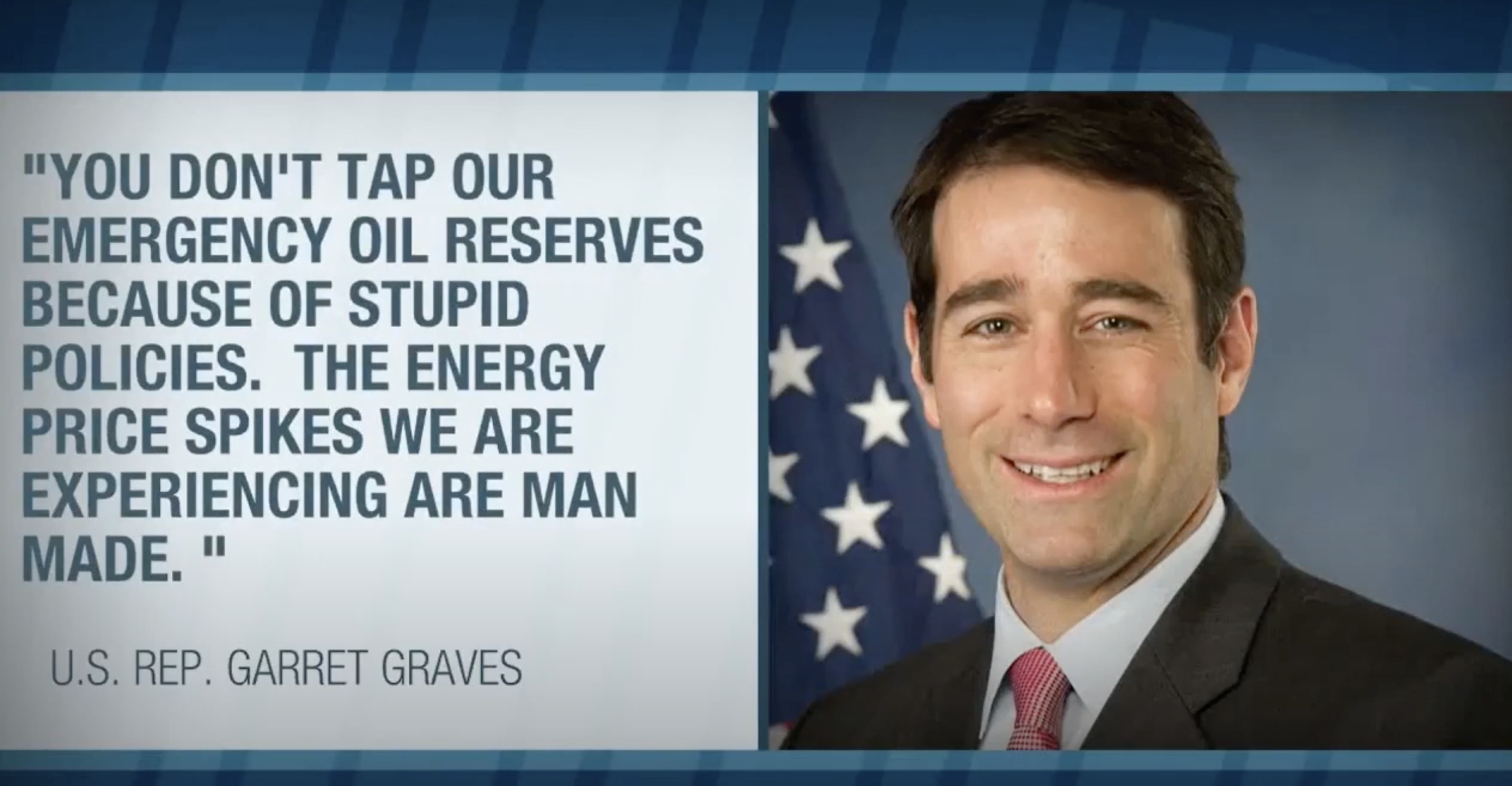 Representative August Pfluger (R-Texas) LED a letter with Representative Roger Williams (R-Texas) and 61 House Republicans demanding responses from the Biden administration amid the possibility that the administration is considering reimposing a ban on the export of U.S. crude oil. Rep. Pfluger also joined Rep. Michael McCaul (R-Texas) and other House Republicans in send a letter hold the Biden administration responsible for its failure to support U.S. private sector investment in Central and Eastern Europe in the face of Russian aggression. 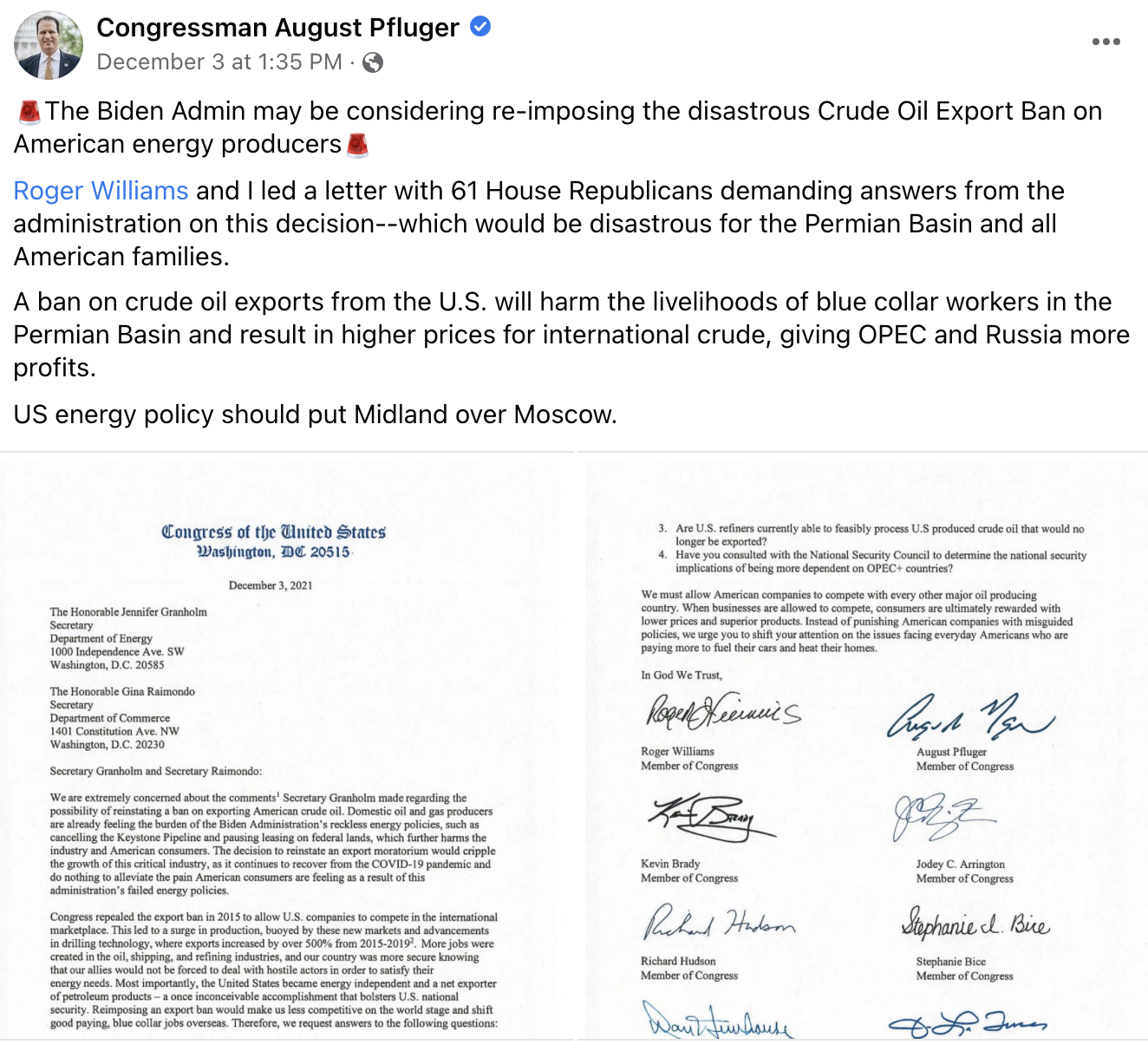 Representative Tim Walberg (R-Michigan) is seeking cosponsors for its bill prohibiting the single executive authority from revoking permits for cross-border energy facilities. Representative Walberg presents this legislation in light of reports that the Biden administration is considering shutting down the Line 5 pipeline. 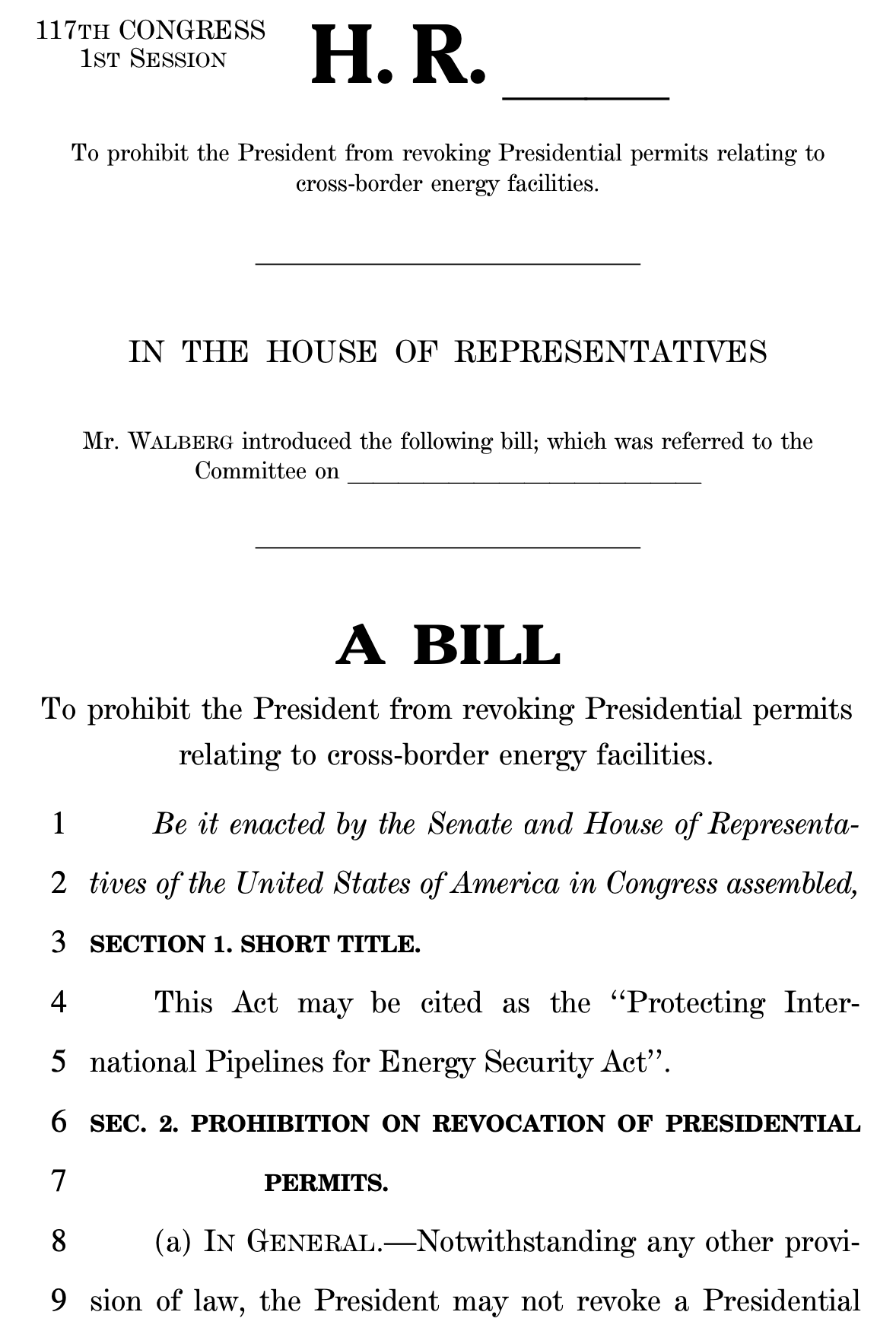 Representative Clay Higgins (R-La.) Free a series of pro-U.S. energy amendments to a Democrat-led bill that expands the federal bureaucracy to implement sweeping climate policies during a House Reform and Oversight Committee markup. 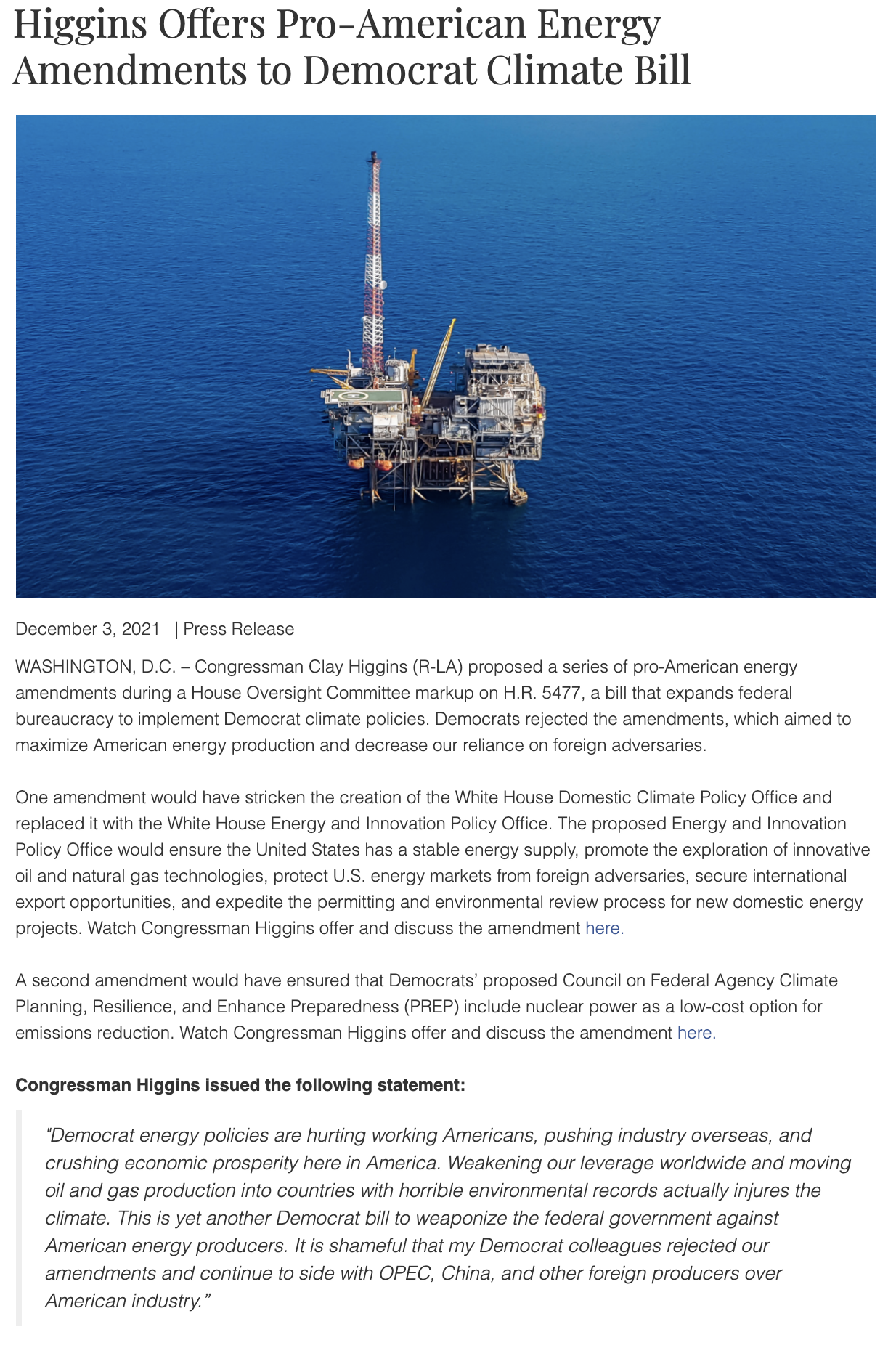 The answer on social media:

HEAT Co-Chair Representative Jeff Duncan (RS.C.) share on social media, how President Biden’s decision to dip into the Strategic Oil Reserve is a political blow and a quick fix to a serious problem caused by his US energy policies. The solution to the energy crisis is to free up American energy and allow America to become energy independent again.

Representative August Pfluger (R-Texas) underline that the disastrous energy policies of the Biden administration have made America less dominant on the world stage. 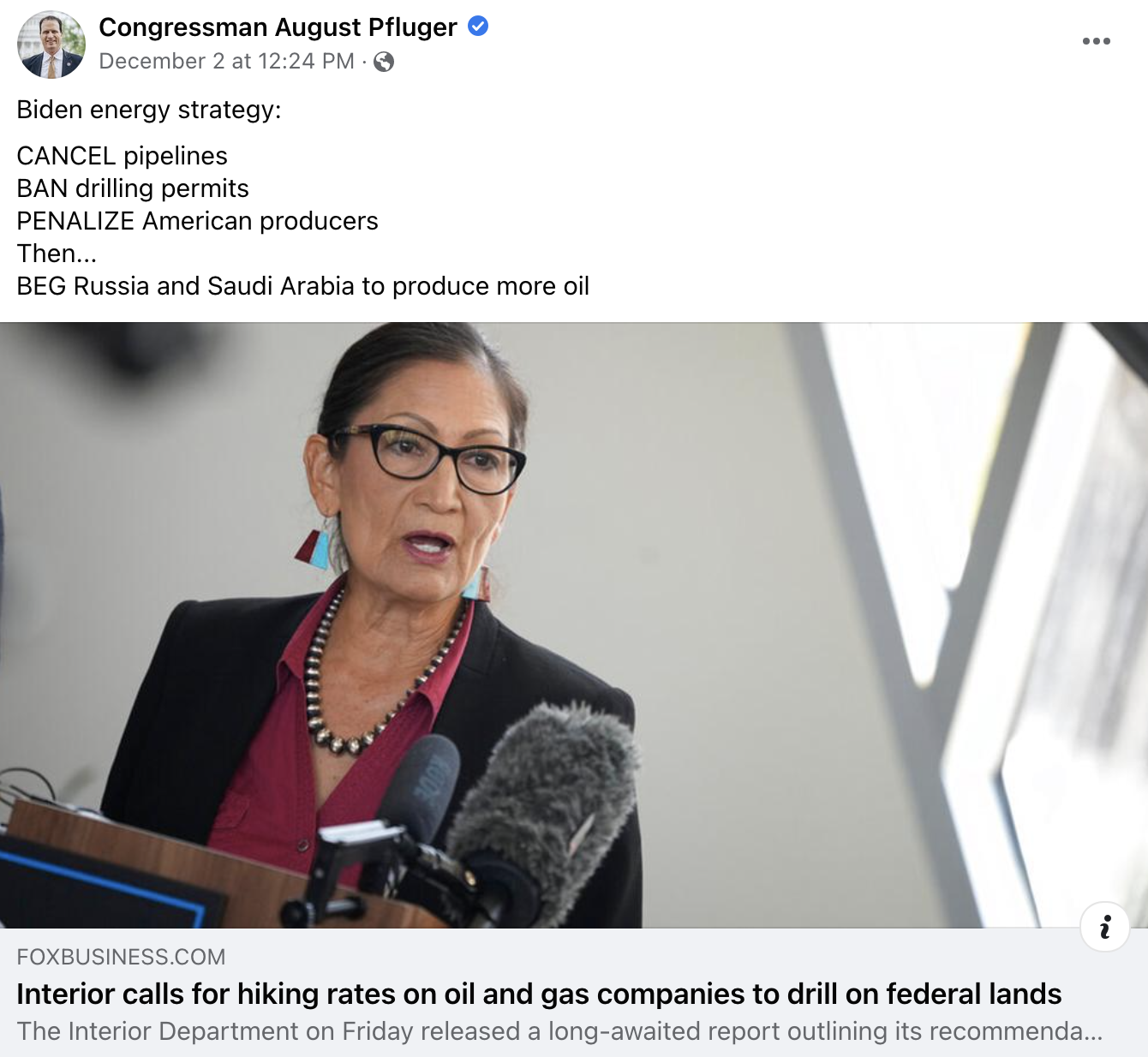 Energy and Trade Sub-Committee on Environment and Climate Change Ranking Member David McKinley, PE (RW. Va.) struck down the Biden administration for driving up gas prices and placing a huge burden on the livelihoods of hard-working families. McKinley Representative also criticized Congressional Democrats for pushing their massive, multi-billion dollar tax and spending frenzy down the throats of the American people and skyrocketing inflation. 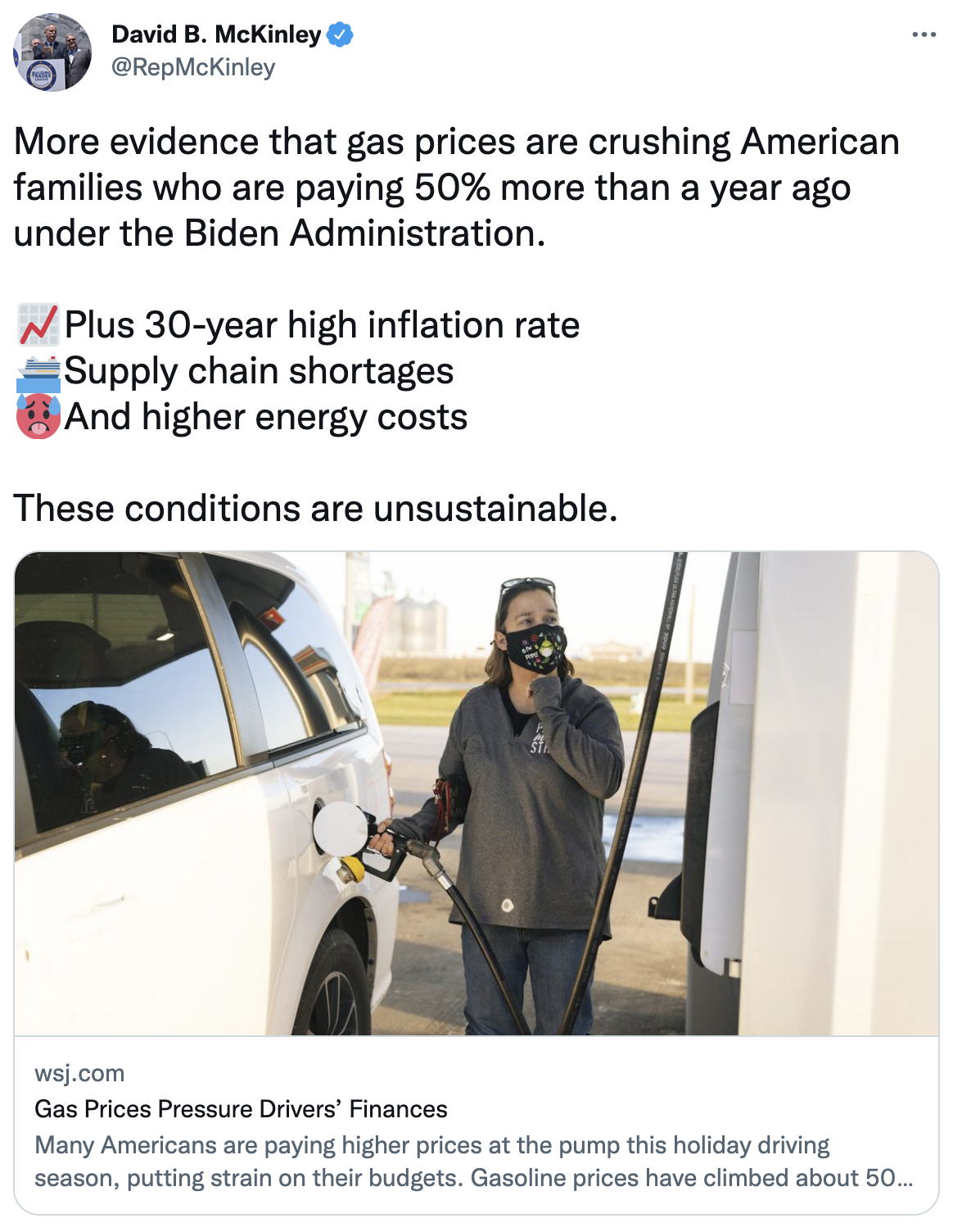 Representative Debbie Lesko (R-Arizona) called Transport Secretary Pete Buttigieg for his absurd claim that “Americans who buy electric vehicles will no longer have to worry about the price of gas.” Rising inflation increases the cost of electric vehicles, and President Biden’s desire to stop natural gas production will only raise prices on all Americans. Rep. Lesko also stoned Democrats for celebrating the $ 0.02 drop in gasoline prices this week. 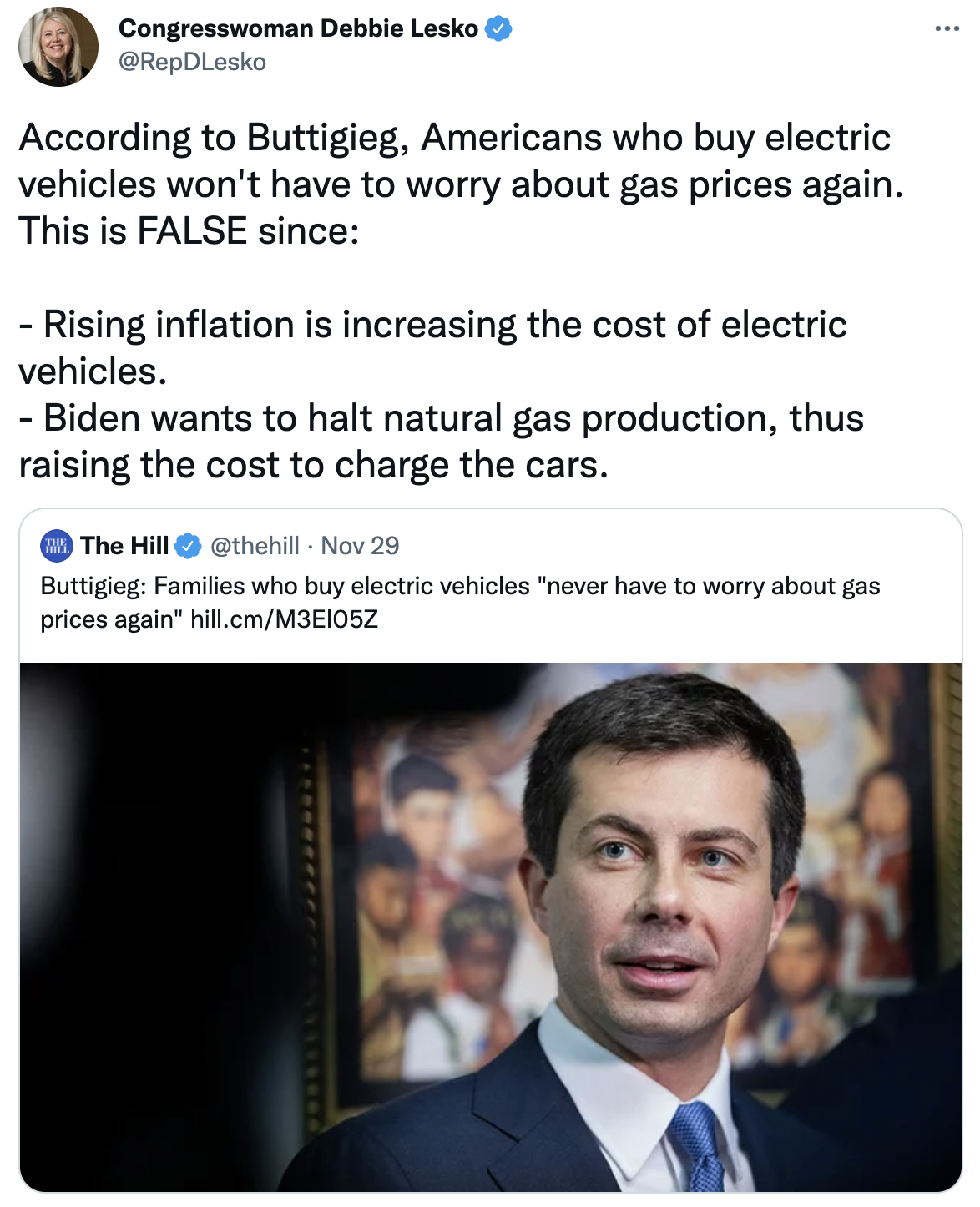