Most STL DaGuys have played high level Division 1 basketball and now play professionally around the world.

It’s summer vacation at Christian Brothers College High School, and the halls are quiet. The cafeteria is completely dark, the parking lot is empty, and the campus looks strange.

But in the basketball hall, a team gets started. Bodies fly, elbows bump and trash fills the air.

Coach Justin Tatum watches the court, standing under state championship banners, as the team participates in the drill.

A few minutes later, Blake Bommarito fires a curved pass through a gap between the defenders. The ball lands perfectly in the hands of De’Marco Owens as he cuts towards the basket. Owens dunks him easily, turning to continue the drill.

But Tatum stops Owens, berating him for not dapping his teammate.

Despite their presence in the high school gymnasium, it is not the Radio-Canada team.

They are DaGuys STL, a team of professional basketball players who formed to compete in the Basketball Tournament, a 64-team national knockout tournament with a win-win prize of $1 million for the final standing team.

The games are broadcast on ESPN and attract some of the best talent from around the world. NBA and NCAA players can’t participate in the tournament, but just about anyone can: foreign players, G-League players, streetball legends and former NBA stars.

“Unless you’re in the NBA or currently playing college basketball, you want to be in the TBT,” says Beau Bommarito, the team’s player and self-proclaimed general manager.

Many teams have a theme to bring players together. Sometimes it’s their college alma mater or a charity.

But DaGuys STL, named after his YouTube channel, is a collection of guys from St. Louis.

“We want to represent the city and make the city proud,” says Bommarito.

The core of the team attended CBC, where they played under Coach Tatum, winning a state championship in 2014.

“It feels a bit like home,” says Jordan Barnes, who played at Indiana State University and now plays professionally in Germany. “We all know each other.” 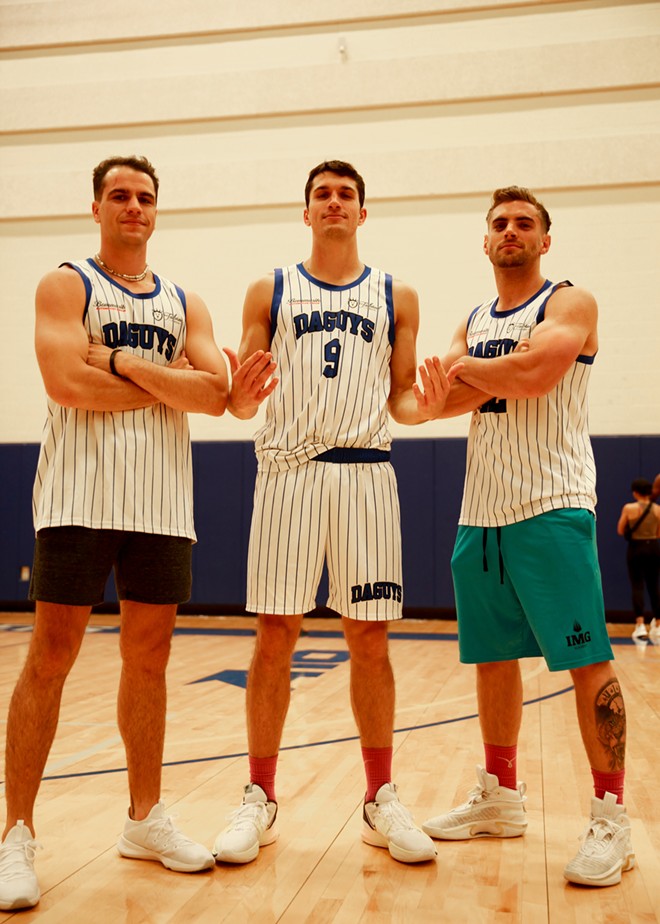 Most of the STL DaGuys have played top level Division 1 basketball and now play professionally across the globe – from Hungary to Germany to Mexico to the Dominican Republic. The team is highlighted by, among others, former Kansas State University star DJ Johnson and University of Missouri star Jordan Barnett, who both played in the system of NBA minor leagues.

But the competition is fierce in the TBT. In his first round match on Saturday, July 16 at 1 p.m. CST, DaGuys STL will face off on ESPN against Team Arkansas, a team of University of Arkansas alumni that includes eight staff members and four alumni. NBA players.

DaGuys STL, with no ex-NBA players and only one coach, is the seventh seed. This is the team’s first year playing in the tournament.

“They painted the image of us as a YouTube channel,” says Tommy Moldthan. “We have nothing to lose.”

After attending Christian Brothers together, Tommy Moldthan, Blake Bommarito, and Beau Bommarito went their separate ways for college. Despite the distance, they stayed in close contact, messaging in a group chat, “DaGuys,” and visiting each other five to 10 times a year.

Then the pandemic hit in 2020, and they were back in St. Louis. Moldthan had just been made redundant and Blake was bored selling cars, Moldthan recalled.

One day they were just sitting around the house, eager to do something.

“We were bored in the house, and we were like, ‘Let’s go do something.’ And we’re like, ‘Okay, well, let’s film a video of us shooting some stuff,’ Moldthan says.


The YouTube page features videos made by a number of their high school friends, including the Bommarito brothers, Moldthan, Jalen Wadlington, Parker Cordova and Darian Bass.

At first, they released an assortment of videos — prank videos, gimmicks, and scripted skits. After a while, they started filming their basketball games in the city’s recreational leagues. They posted the videos on YouTube and fans got hooked.

Really, though, fans latched onto DaGuys goofy personalities. DaGuys will take to the microphone during matches and troll opposing players. They meow during free throws, sing the little teapot song mid-game, dance around opposing players after a big dunk and call them a “plankton” after scoring. They do it by dressing up as basketball comedy players Will Ferrell, Semi-professional.

But the TBT team aren’t YouTubers dressed up as basketball players. It is filled with professionals who make their living playing basketball.

Take Jordan Barnes, for example. He played on CBC’s state championship team in 2014 and played four years at Indiana State, where he earned all-conference honors. He has just completed his first season playing abroad in Germany and recently signed a contract to return next year.

After practice, he’s the last person out of the gym, lounging on the bleachers and checking his phone. It was a busy day – before team practice, he lifted weights and practiced basketball in the morning.

But he’s not done with basketball for the day, he said. After team training, he still has evening training.

“There’s nothing to worry about,” Barnes says of TBT. “It’s just going out there and competing, playing at the highest level, enjoying the game of basketball.”

“If you know DaGuys, you can expect fireworks whether on the pitch, on the bench or off the pitch in one way or another – we will make our presence known,” said Beau Bommarito.

“We’re the underdog for sure,” Bommarito says.. “But St. Louis is a city of underdogs. We’ve been an underdog with DaGuys and what we’re doing with our chain…

“We’ve always proven people wrong from the very beginning, so why not prove people wrong with this tournament now?”

This story has been updated.