News that a proposed €140m cheese factory for South Kilkenny can go ahead has been widely welcomed locally.

As well as supporting the incomes of 4,500 farming families, the new Enterprise Ireland-backed cheese factory in Belview is expected to create 85 full-time jobs and support 400 construction jobs in the South East.

Last week, the Supreme Court dismissed an appeal against the development of An Taisce and upheld the High Court’s decision in favor of An Bord Pleanála’s license for the plant.

The planning was first requested by Glanbia and Dutch company Royal A-ware in 2019. It was granted by Kilkenny County Council but appealed by An Taisce to An Bord Pleanála and then to the High Court where the decision to grant leave was upheld.

The appeal to the Supreme Court focused on whether the plant would result in increased milk production in the state and, therefore, increased agricultural emissions.

Glanbia Ireland Managing Director, Jim Bergin, said: “We are really delighted to now be able to deliver this project together with our partners, Royal A-ware. This project is in line with government policy and is essential to the diversification of our markets after Brexit. Getting the factory into production as soon as possible is now of paramount importance to our 4,500 farming families who supply their milk to Glanbia Ireland every day. This important project was scheduled to start production in March of this year and the two-year delay is having a very negative impact on our farm families. Our team is now focused on bringing the plant into production for the 2024 season.”

He added: “We are extremely grateful to our joint venture partners, Royal A-ware, for their patience over the past two years as this project successfully progressed through the planning and legal processes.”

Glanbia Ireland chairman John Murphy said: “We hope the decision will end the uncertainty for farming families and the significant additional costs, including lost income for farmers, cost inflation construction costs, legal fees and business disruptions caused by the delay. ”

He continued: “Glanbia as an organization is rooted in the rural community and our philosophy has always been that engaging with stakeholders is the best approach to addressing both opportunities and challenges. We are fully committed to sustainability and have launched our own ambitious Living Proof sustainability strategy, including committing to the Science-Based Targets (SBTi) initiative. We actively participate in the appropriate forums on government policies aimed at ensuring a sustainable future for the agricultural sector, through Ag Climatise and the Food Vision 2030 strategy.”

Meanwhile, IFA President Tim Cullinan said the Supreme Court’s decision to give Glanbia’s cheese factory the green light should be respected by everyone.

IFA President Tim Cullinan: ‘All avenues of appeal have now been exhausted’.

“All avenues of appeal have now been exhausted,” Mr Cullinan said. “It is clear that our planning system needs significant reform to prevent it being used by some to delay necessary developments.”

Mr Cullinan stressed that the Glanbia project was conceived as a response to the challenges posed by Brexit and the need for our dairy sector to diversify its products and seek new markets.

“Given the exposure of the Irish dairy sector to the challenges of Brexit, it would be very damaging to obstruct a worthwhile initiative designed to protect the livelihoods of farming families and the rural economy of the South East,” said he declared.

Waterford independent TD Matt Shanahan said An Taisce ‘has unnecessarily delayed this commercial development as their numerous unsuccessful legal challenges have added significant cost and delay to this proposed facility’.

He added: “Farmers are more than willing and able to engage in climate mitigation activities and are already innovating in terms of climate reduction. It was never necessary to threaten the future livelihoods of farmers in the Southeast to make a political argument, but An Taisce did. In doing so, they went well beyond their powers recognized by the Supreme Court.

Local Fine Gael representatives also welcomed the cheese factory’s decision and expressed hope that the matter would now be resolved.

In a statement, Fine Gael South East representatives MPs John Paul Phelan, Charlie Flanagan, Paul Kehoe, David Stanton and Senators John Cummins and Garret Ahearn said: “We welcome this decision and hope it is the end of the road for objections. The long delay is regrettable and was entirely avoidable. It clearly demonstrates that there is an element within An Taisce that is anti-business and anti-rural. We respectfully hope that the long wait is now over for the thousands of farming families in this region who have invested in their world-class herds and housing and milking facilities to meet the demand for their quality produce and whose livelihoods have been endangered over the past number of years.”

The statement added: “Unfortunately, construction cost inflation has skyrocketed since this project was first proposed and we recognize the frustration and anxiety created for Glanbia Ireland and its Dutch partner in this project. . It is imperative that no further roadblocks be thrown in the way of this project and that construction can begin without delay.

Also welcoming the news, Fianna Fáil MEP Billy Kelleher said: “This is a very important decision for the agribusiness sector in the South East. An Taisce’s repeated attempts to block and derail this very important economic investment in the Southeast are finally over. From the beginning, I said that the judicial and even planning system should not be used to decide national government policy. Now that this final hurdle has been overcome, I urge Glanbia to press ahead with her plans as soon as possible. Thousands of dairy farmers in Munster and South Leinster are ready and waiting to supply top quality Irish milk and support the creation of a significant number of well-paying local jobs. 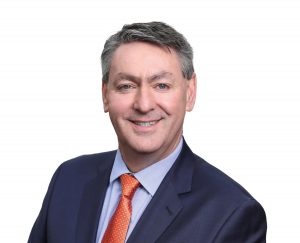 Billy Kelleher, MEP for Fianna Fáil: “This is a very important decision for the agri-food sector in the Southeast”.